Ruby Castellani Portfolio
AP Statement:
This body of work is focused on the deconstruction of identity theft. The concept focuses on the idea that people’s identities base off their physical appearance. The process evolved around a  “less is more” mentality. The work developed by seeing how far one can communicate the figure while maintaining simplicity and a sense of visual elegance. The linework implies hierarchy and balance between the figures by emphasizing and contrasting focal points. The different angles and diagonals allow for the figures to be arranged in ways that appeal to the eye. For example, in pieces 2, 4, and 12 the process incorporated the visual decrustruction of a photograph to erase someone’s identity. The figures were drawn numerous times until readability and verve were both achieved. Then, these drawings were combined with or without photographic elements to enhance figure ground while allowing the figures identities to remain anonymous. The next step was to make sure to focus on the spacing of figures to create a desired proportion and eliminate tangents. The works were then printed out and pushed another step further with spray paint and collaged metallic paper to add textural contrast. Each piece developed its own altercation to the perception that society has towards identity and appearance: it is taken away easily. This body of work has made me realize that there is truly so much more to a person than their appearance and we must cherish how different we all are perceived by those around us. 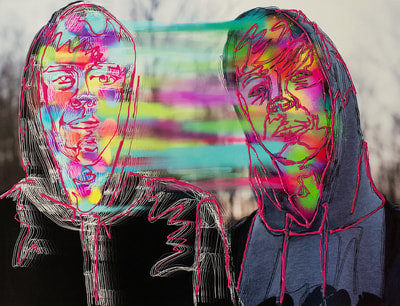 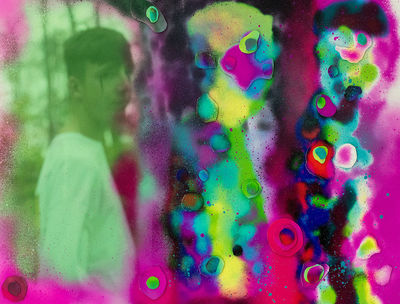 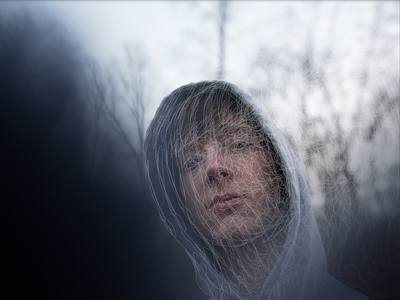 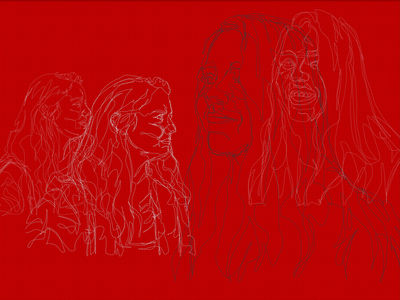 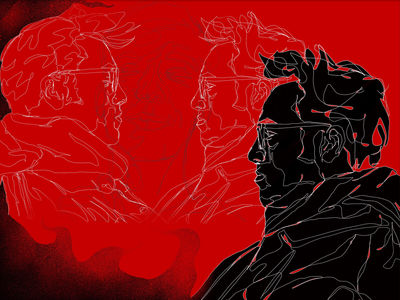 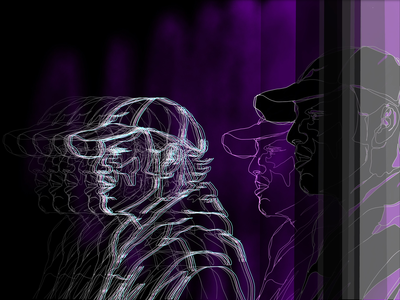 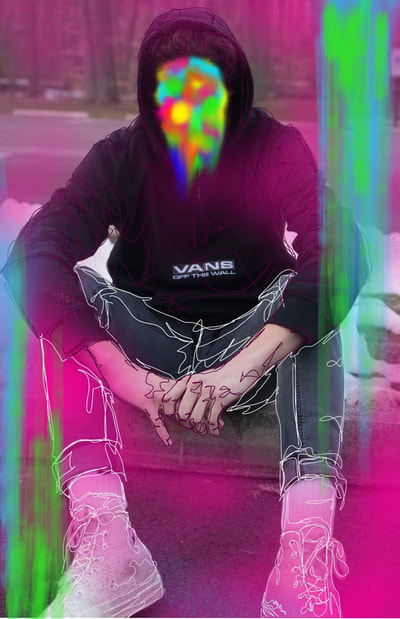 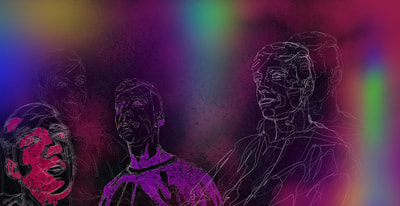 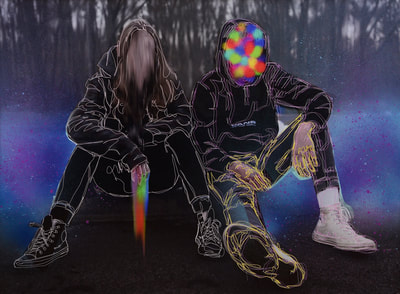 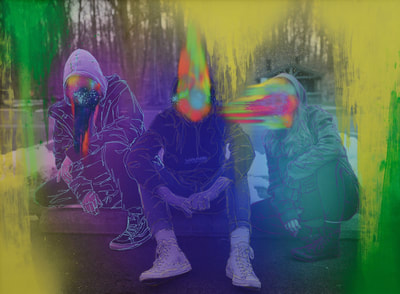 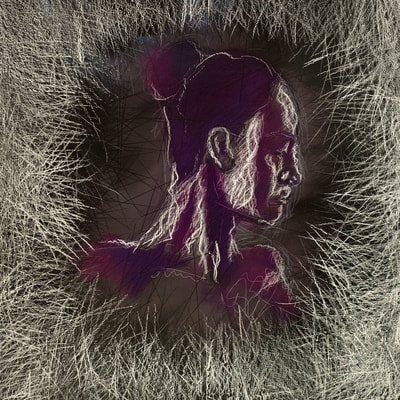 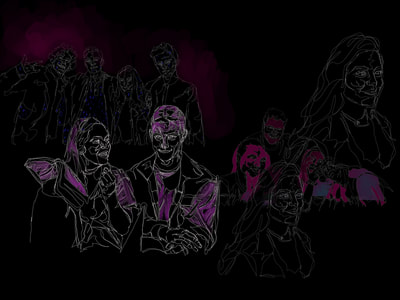